Some mornings, it's just not worth chewing through the leather straps

I read a quote yesterday that got me thinking, Damn, I wish I had written that! 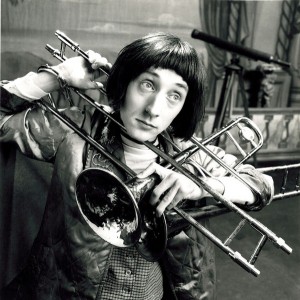 “When I was a kid I used to pray every night for a new bicycle. Then I realized that the Lord doesn't work that way so I stole one and asked Him to forgive me.” -- Emo Philips

Who is this Emo Philips?

Emo Philips (born Phil Soltanek; February 7, 1956) is an American comedian. Much of his stand-up comedy makes the use of paraprosdokians spoken in a wandering falsetto tone of voice. The confused, childlike delivery of his material produces the intended comic timing in a manner invoking the 'wisdom of children' or the idiot savant.

Paraprosdokians?  Falsetto and confused, childlike delivery?  Wisdom of children or the idiot servant?  No wonder I’m drawn to this guy.

Here are a few more Emo-ism (at least some of the benign ones):

"A computer once beat me at chess, but it was no match for me at kick boxing."

"I love to go to the playground and watch the children jumping up and down. They don't know I'm firing blanks."

"At my lemonade stand, I used to give the first glass away free and charge five dollars for the second glass. The refill contained the antidote."

"People always ask me, 'Where were you when Kennedy was shot?' Well, I don't have an alibi".

"The way I understand it, the Russians are sort of a combination of evil and incompetence... sort of like the Post Office with tanks."

"I was walking down fifth avenue today and I found a wallet, and I was gonna keep it, rather than return it, but I thought: well, if I lost a hundred and fifty dollars, how would I feel? And I realized I would want to be taught a lesson."

"How many people here have telekinetic powers? Raise my hand."

"I go from stool to stool in singles bars hoping to get lucky, but there's never any gum under any of them. "

And finally, if you’re feeling like “Some mornings, it's just not worth chewing through the leather straps"

Try this, "When I wake up in the morning, I just can't get started until I've had that first, piping hot pot of coffee. Oh, I've tried other enemas."

Last week I showed you a couple of images from a hike that I took and quoted the motto of the Baltimore Grotto (a caving society):

Well, I actually did take something.

For some time now, I've recognized that my body just isn't what it used to be.  Years of broken ankles, a broken leg, knee surgery, back surgery, etc. has left my body as broken as tree that had been in the path of a F3 tornado (severe, but not yet completely devastated).

Mindful of my lack of balance while I was out wandering, I came across this limb from a downed tree. It look as if it had also gone through a contorted life, and it needed a second chance.  So, I brought it home, stripped off its bark, sanded it smooth, and applied five coats of tung oil.  The result: 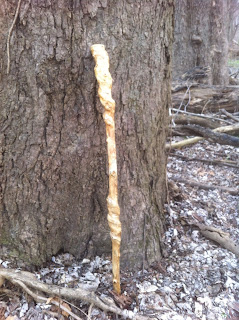 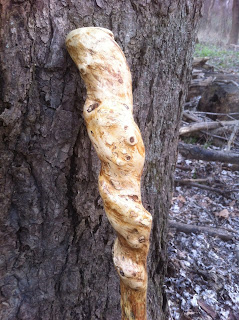 Looks like something out of The Lord of the Rings.  Which leads me down the path to this poem written by J. R. R. Tolkien:


All that is gold does not glitter,
Not all those who wander are lost;
The old that is strong does not wither,
Deep roots are not reached by the frost.
From the ashes a fire shall be woken,
A light from the shadows shall spring;
Renewed shall be the blade that was broken,
The crownless again shall be king.


I don't know about you, but I can use a walking cane from time to time as we wander this life.  This is mine.

A co-worker of mine keeps asking me when I’m going to start writing this blog again.

I can probably come up with a few dozen-thousand reasons why I’ve CHOSEN to take a respite, but I’ll just use one:

While ponderer life on a hike through a southern Indiana marshy land Saturday, I came across this. 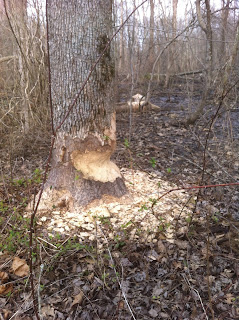 That’s it! I’ve been as busy as a beaver!

I really wish that I had a chain saw with me so that I could have cut a section of this and dragged it home with the aspiration of someday repurposing it. 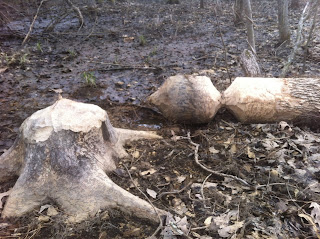 However, I know in my heart that the “something” would probably just be a nuisance to my children who will have to dispose of my belongings after I’m dead and gone.

So, I did the responsible thing and followed the motto of the Baltimore Grotto (some sort of caving society according to the inter web):

Spring--nearly here-- is a time of plans and projects.  Spring is also a time to pay attention to the woods.

Just someone to chew on this week.

Posted by David Kuhn at 5:01 AM No comments:

Riders On The Storm 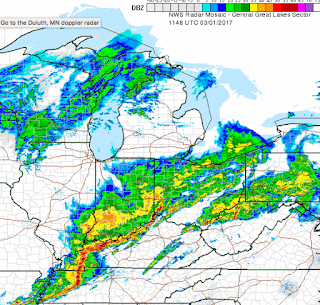 Posted by David Kuhn at 5:20 AM No comments: