A President, A King, A Poet, and a Rattlesnake

Damn, there sure is a lot of hate out there.   Guess there always has been.

“No one is born hating another person because of the color of his skin, or his background, or his religion. People must learn to hate, and if they can learn to hate, they can be taught to love, for love comes more naturally to the human heart than its opposite.” ―  Nelson Mandela 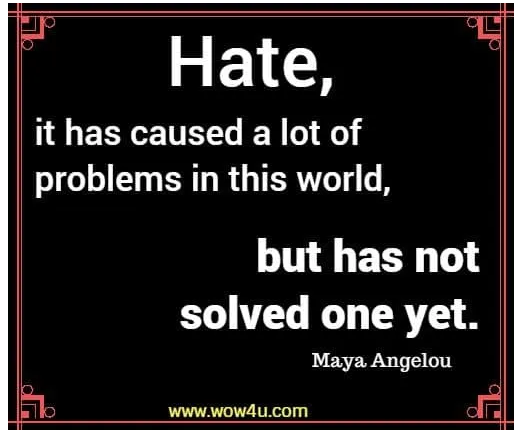 So, where is all this hate coming from? And, what is the answer? 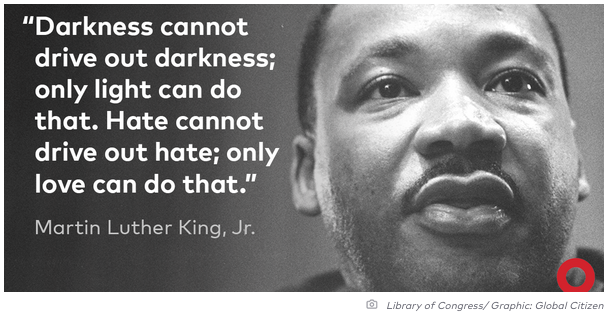 Is there any hope?  Ol’ Rattlesnake, an 1870s mountain man, thought so:

We'll just have to somehow find a way to rise above today's dark cloud -- and find the light and inner peace.

I read a comment on social media the other day that basically said, "If you don't care [about what's going in the political world] you're part of the problem!"
I don't care.
When it comes to saying I don’t “care” anymore, note that care has two different meanings, according to Dr. Joseph Parent, a performance psychologist and author of Zen Golf. The difference comes down to care as in “to take an interest in” and care as in “to worry about.” 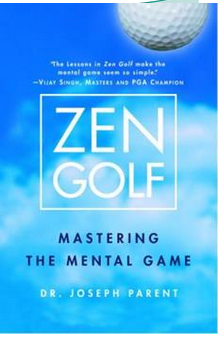 Yes, I care about what I'm doing.  I care about my family, community, country, world, Universe.  But, let's face it, most of it is out of my control.  Out of my care.   Says Dr. Parent,  “Worry about results makes you think ‘Be careFULL.’ Now you don’t want to go to the other side and become careLESS, you want instead to be careFREE.”

Striving to live CareFREE.  That's something I can care about.

Posted by David Kuhn at 9:51 AM No comments:

Trying Not to be Political

Okay, I'm trying to stay out of this whole political sausage that's being made out there.  It's not that I don't care, it's just that if we disagree I know that there is absolutely nothing I can say to change your mind.
But, this is an open letter to the Biden campaign:
Having spent a few years in advertising and marketing, I have to ask, What the heck is going on here? 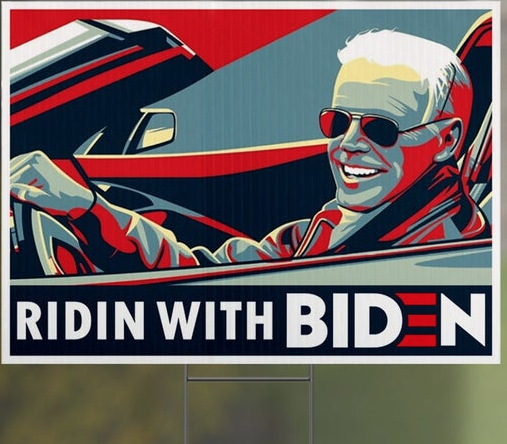 Just because it rhymes doesn't make it good.  "Ridin With Biden"?  Ridin where?  And, to be perfectly honest, ridin with any 77-year old makes me a little nervous. And that image?  Just plain creepy. 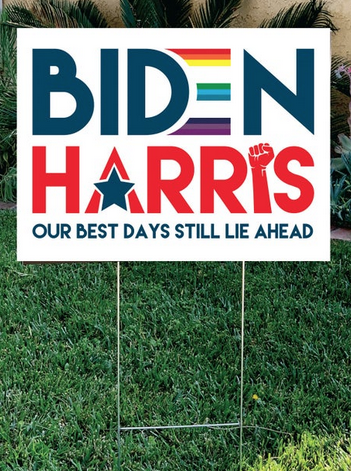 Wow.  There's a lot going on here.  Rainbow. Star. Raised Fist.  "Our best days still lie ahead".
Lie ahead?
Lie? Like in falsehood? A white lie? Black lie? Rainbow lie?
Lie? Like rest and take no action regarding a controversial or problematic matter?
Lie? Like to lie up?  To refrain from work, especially through ill health?
I'm just asking.  Next question, who is going to write their campaign jingle, Five Man Electrical Band?
Carpe diem Life,
David Kuhn

Posted by David Kuhn at 6:28 AM No comments: 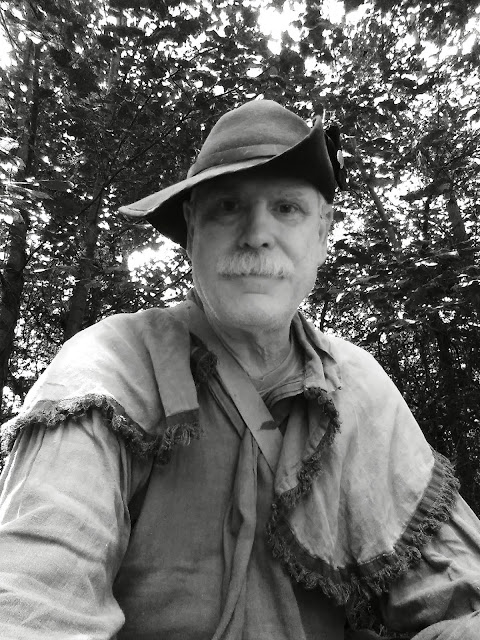 I'm the unofficial official photographer for our Black powder muzzle loading rifle club.  I rarely take photos of myself, but today . . .

I sort of had to because every once in a while a blind pig finds an acorn. Yep, I won today's shoot.

According to some site out there:  If you're having a tough time finding something, remember that even a blind pig can find an acorn once in a while. This encouraging idiom actually comes from ancient Rome, where the concept of a blind animal turning something up lent itself to the Latin saying that a blind dove sometimes finds a pea.
Pig, dove, acorn, pea . . .   today I found one.
You all have a great weekend and be safe out there.
Carpe diem Life,
David Kuhn
Posted by David Kuhn at 12:27 PM 1 comment:

So, those of you who know me know that I’m not a big fan of watching news.  I just saw too much “sausage making” when I started my career in a news room.  Then too many production nightmares when I directed.

But, this morning I got on Facebook (why? why? why?) for the heck of it.  One acquaintance wrote a manifesto about how he’s disappointed that more people don’t post criticism of the state of U.S. affairs: The lies, the corruptions, the shredding the Constitution, "trying to undermine and destroy the foundation of our democracy, the right to vote. .  " the whatever.  He says that he’s suffering anxiety and loosing sleep over it.

And what’s all this I hear about the tragedy that is the “destroying” the U.S. Postal Service?

What?  For years — perhaps as long as I can remember — the U.S. Postal Service has been the butt of jokes.  An easy target, in fact.  Postal service jokes don’t even need much setup: It’s all in the delivery! 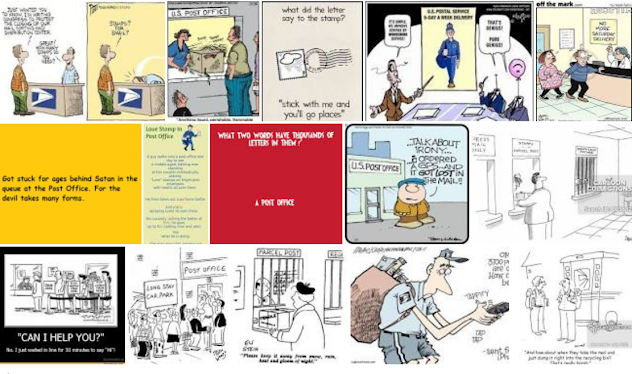 Now all the sudden people are acting as if it’s the most efficient, well-oiled machine on the planet?  Fascinating. 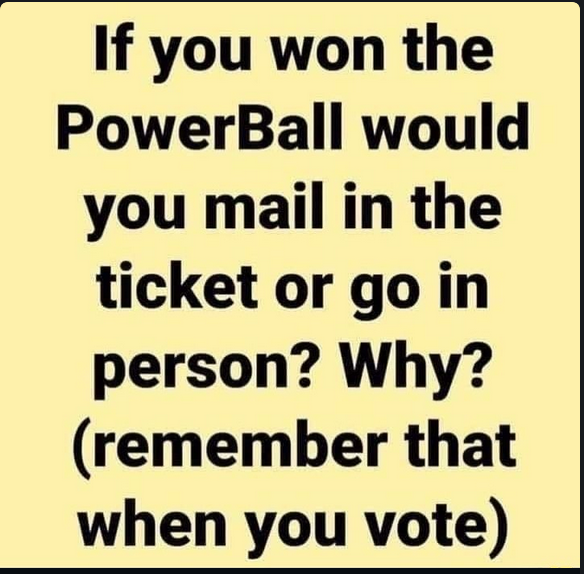 Anyway, just a couple of rants to start the day.

Posted by David Kuhn at 6:50 AM No comments:

One more thought from John Seymour written a few decades ago:

The real craftsman does not need more than enough. In our times of social mobility, everyone is after more than enough. We no longer ask, "What is our product worth?" or "How much do I need?" But, "how much can I get?" . . . And more than enough is what they feel they require. A planet on which every inhabitant tries to get more than enough is a planet that is in for a hard time. And in the final reckoning I am sure that having more than enough does not make us more happy. What makes a person happy is doing work that he or she loves doing and is superbly good at, being fairly paid for it, and having it properly appreciated.

My daughter took her five-year old son into Louisville yesterday to see the beautiful city from where she was graduated college -- University of Louisville.  She was sickened to see that the once proud and thriving 4th Street area is still boarded up and graffiti-plagued from the past months "protests."

A planet on which every inhabitant tries to get more than enough is a planet that is in for a hard time. 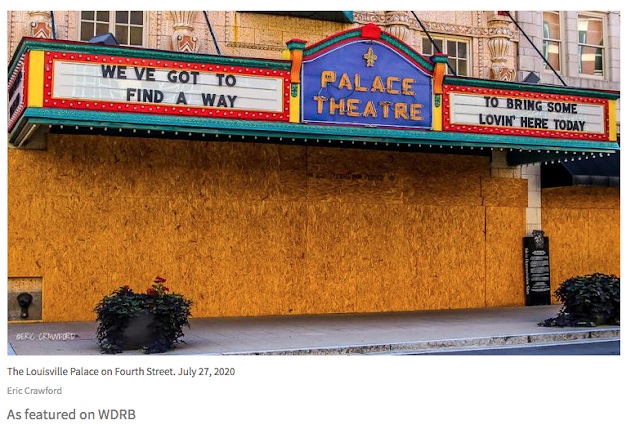 We've got to find a way!

Posted by David Kuhn at 8:16 AM No comments:

John Seymour — from across the pond — wrote a book in the mid-80s titled Forgotten Crafts, A Guide to Forgotten Skills. 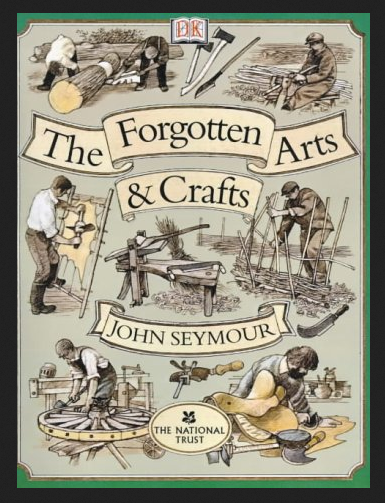 He introduces the book thusly (wow, that sounds pretentious, doesn’t it?):  “Practically every artifact that a person uses nowadays can be made from oil-derived plastic, in a large factory by machine-minders [or even robots] whose chief quality is their ability to survive lives of intense boredom.”

True, these “artifacts” do their jobs well.  But, they are ugly and short-lived.  Where is the joy in that?

What can I do?

Slowly and steadily I can rid my house of mass-produced, built oversees by slave labor factories CRAP!  Either live without it or, even better, replace it with quality, hand-crafted items by my neighbors.  Yes, “Buy Local!”

When you buy from your neighbor craftsman, you’re adding joy to the world. “What makes a person happy,” writes Seymour, “is doing work that he or she loves doing and is superbly good at, being fairly paid for it, and having it properly appreciated.”

And we enjoy using it.

Posted by David Kuhn at 5:32 AM No comments:

Random Thoughts To End The Week

Just a few random thoughts to end the week:

So, I made a vow not to argue with people on social media.  One “Friend” is probably the most hateful person regarding one particular “turd” — as he calls him — and all other manner of life.  He shares a lot of “occupy” and “ridin’ with” sites (it's not so much the message that I disagree with, it's more the tone).  Anyway, this morning he was bitching because his doctor has prescribed blood pressure medicine to fight his hypertension and type 2 diabetes.  So, I commented:

“My doctor prescribed refraining from posting, sharing, arguing, being negative on Facebook.”

My question is, “Is this arguing?”

I bought a new summer hat.  It’s sort of a panama-style hat.

“Who invented the brush they put next to the toilet.  That thing hurts!” — Andy Andrews

I received a complement at work this week for the way I handle one part of my job: “I wish everyone did it this way.”   All I did was take the instructions given to me — by a committee who has never had to do the job and has never even taken the time to monitor it or even ask my input — and then revised it the way that made more sense to me (Shhh, don't tell anyone).

Which reminds me of . . .  I once worked for a company that had a Big $ V.P. who was in charge of solving problems.  He had a sign on his door, “Problems welcome.  Bring Solutions.”  And that was his philosophy.  He didn’t last all that long.  True story.

People who earn the label “creative” are really just people who come up with more combinations of ideas, find interesting ones faster, and are willing to try them out.  The problem is that most schools and organizations train us out of those habits.

Below:  Artwork at Garvin Park (seen on a walk last week) 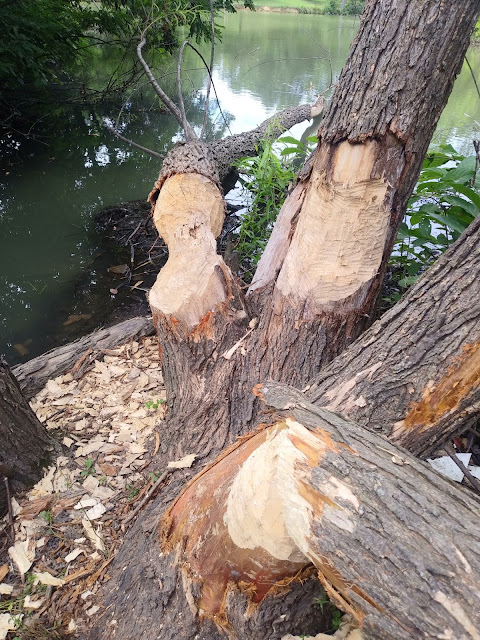 “In these times, more than ever, I think it is very important to keep deep human affection — kindness is crucial to our society and to our survival.”  That was written decades ago by some guy.  A guy named His Holiness the Dalai Lama.

Posted by David Kuhn at 6:30 AM No comments: