Back from my weekend Rendezvous.  It's a "primitive" weekend spent camping in canvas (or under the stars), throwing knife and hawk competitions, shooting black powder muzzleloaders, cooking over open- fire, etc.

Attached a photo sequence of my friend Jim C. who came up with his flintlock (note the spark that starts it all in photo two). 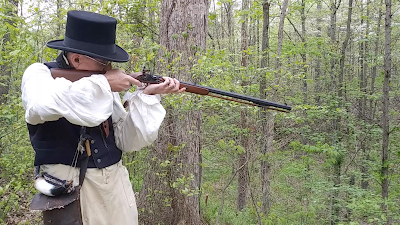 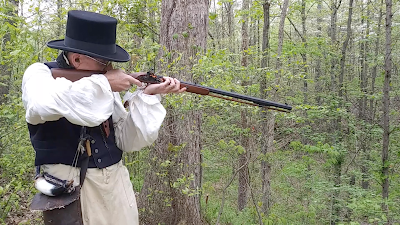 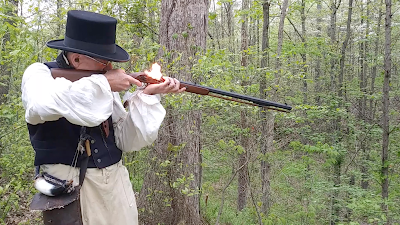 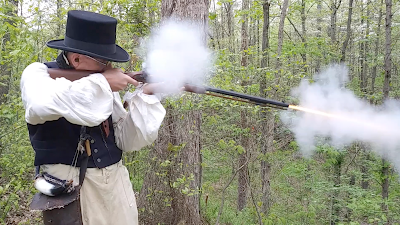 This year's "Mountain Man" competition consisted of:
The winner was Bert S.  What makes this special is that he's approaching 80-years old.  He also stumbled and fell twice on the trail.  And, what makes this even more spectacular,  ol' Bert recently had a knee replacement and is due back surgery very soon.

Bert has been at this game a long time.  And, like so many in this hobby, he's a great guy.  Humble and good-natured, but a quietly fierce competitor.

I learned a lot this weekend just being around ol' Bert.  LIKE, sometimes you fall down.  But if you keep picking yourself up, move on to the next target, take aim and fire . . . sometimes you win!


It's our muzzleloading club's Rendezvous this weekend.  A couple of days of shooting muzzleloaders, throwing hawks and knives, and evenings around the campfire.

Went up today to set up early: 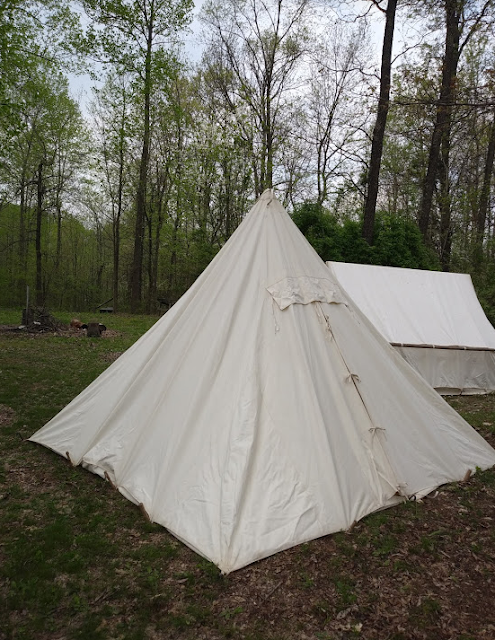 My abode for the weekend is this Pyramid Tent. 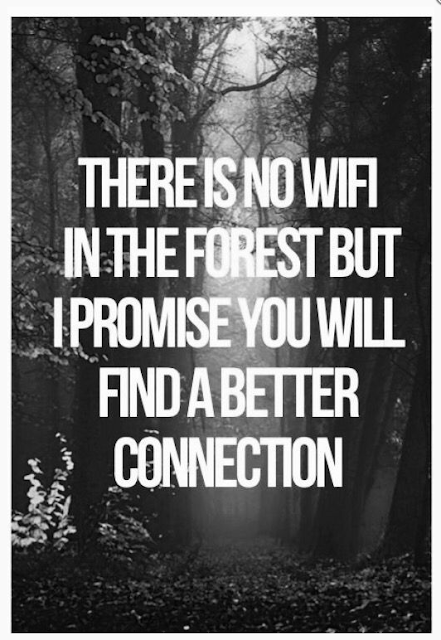 Posted by David Kuhn at 2:22 PM No comments:

There is just something special about a great pair of leather work gloves. 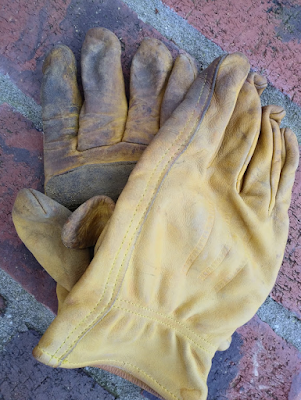 For me, it starts with my Father.  He was of that generation that didn't have a lot but bought quality when he could.  Work gloves were no exception.  He also knew exactly where they were when he needed them (unless one of us kids happen to "borrow" them and leave them somewhere).  Tools not being where they were supposed to be was one of the BIG sins that we committed; unfortunately, too often.

My leather work gloves are not the best quality, but they've lasted a long time -- mostly because, unlike my Dad, I can never seem to find them.  But, when I do find them I feel stronger, able to work harder for longer periods of time.

I also feel a special connection with my Dad.

Been using my gloves a lot today, Chico (our nickname for our Dad).  I hope you're proud that I knew where to find them.  Now, what did I do what that . . . ?

"If my only tool is a hammer, then every problem is a nail." -- Sholem Asch
and
"If the only tool you have is a hammer, it's hard to eat spaghetti." -- David Allen

Posted by David Kuhn at 2:03 PM No comments:

"Where Quality is a Slogan"

My older brother always had interesting hot rod and motorcycle magazines around.  He also had a nice collection of National Lampoon.

By the way, the oldest is Nebelspalter, is a Swiss publication modeled after Punch, which was a British weekly magazine of humor and satire established in 1841.  Punch helped to coin the term "cartoon" in its modern sense as a humorous illustration.

Anyway, The Harvard Lampoon also produces occasional humor books (the best known being the 1969 J.R.R. Tolkien parody Bored of the Rings) and parodies of national magazines such as Entertainment Weekly and Sports Illustrated. Much of the organization's capital is provided by the licensing of the "Lampoon" name to National Lampoon, begun by Harvard Lampoon graduates in 1970.

In 1978, NL created a, well, National Treasure -- at least humor-wise:  National Lampoon Sunday Newspaper Parody.  In the first printing, this publication had exactly the same form and apparent content as that of an American regional Sunday newspaper, of which it was a parody. The main authors of the piece were P. J. O'Rourke and John Hughes. 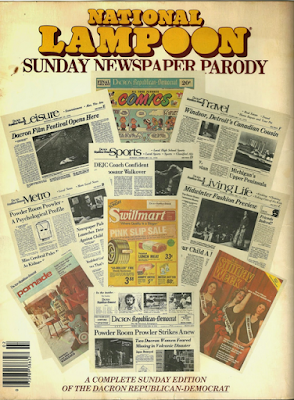 The newspaper's name is the "Dacron, Ohio Republican-Democrat", a reference to the cities Akron, Ohio and Dayton, Ohio, and to the cheap polyester fabric Dacron. The newspaper's motto:  "One of America's Newspapers" (reminds me of the current ATT&T "just okay" campaign).

The Swillmart's Store's motto is "Where Quality Is a Slogan"
They offer such items as European Gourmet Mule Cheese.  "Taste sensation. Ideal for caulking." Or, how about some Perpetual Lunch Meat made with a space-age rubber.

This thing is chock-full of brilliant humor.

I bring all this up because I want to give a shoutout to my friend John H. who knew that I was a fan and did not have a copy.  So, he scoured the interweb thing and found one for sale.  Now, I'm the proud owner.  John, thank you from the bottom of my funny bone. 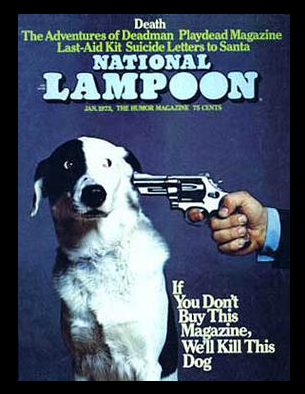 A popular epigram is: "Experience is the name everyone gives to his mistakes."

Yesterday, I was a living embodiment of those words -- a gazillion times over.

While working at my younger daughters house, I needed to move my truck to better position myself to load a chipper shredder on the back cargo rack.   Somehow, I managed to shatter the tailgate glass of my Ford Expedition. 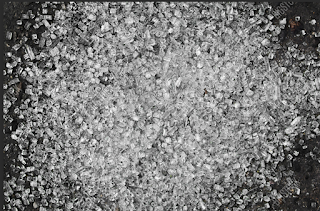 This "Oh, F*!K" moment brought to you by SERENITY.  I actually found myself looking down at the gazillions of tiny shreds of glass and thought, "Well, there is nothing I can do to change this.  Grant me the serenity to accept it and move on."  (Then I looked around to see if anyone had noticed my bonehead mistake).

I then moved into "Carpe diem" mode:

Choose:  To sweep up the mess and get the glass replaced.
Action List:  Sweep, text my daughter to make sure she never goes barefoot in her driveway and garage, call to get an appointment to have the glass replaced.
Resources:  Broom, humility, D-Patrick Body and Glass.
Persistent Action:  Swept.  And swept. And swept. And made the call.
Evaluate the progress:  Ongoing

Direction?:  Fortunately, all things were coming together, so I maintained direction
Improvement:  I left the drive and garage better than I found it.
Enjoy the Process:  Okay, maybe that's going too far.  But, I didn't get upset.
My Life:  I accepted that this was my responsibility.  Didn't blame anyone or anything.

D-Patrick was great.  They found a used piece of glass, ordered it, and put it in faster than I've had some oil changes done.

Sure, it was an expensive "mistake" -- but invaluable "experience."

I concluded by quoting another epigram:

"If you can't be a good example, you'll just have to be a horrible warning." - Catherine the Great.

Have a great weekend.

Carpe diem Life,
David Kuhn
Posted by David Kuhn at 9:45 AM No comments:

So, I get a small cut on my finger the other day.
Yesterday morning, knowing that I'm going to be working outdoors all day, I bandage it up well.  Really well.  With waterproof tape well.

Then I sweat in it all day.  Take a shower.  And forget that I wrapped it up -- until this morning. 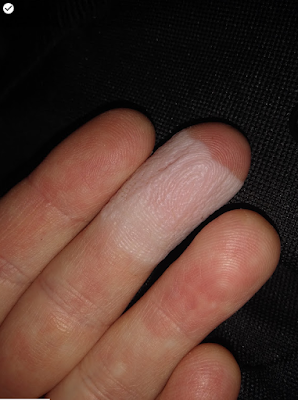 Here's hoping the color comes back!

I think that this falls into the category of "unintended consequences."

At one point, one of my teammates came up to me and said something like, "I can't believe this shit!"

My first thought was, "That I'm bowling so poorly, again?"

But, he had me scan the lanes of sixteen five-person teams and some friends and family.

"Look around.  Well over half of these people are staring at their f'n phones!"

True.  It was a predictable cycle:  Get up, bowl, go back to their seats and stick their noses in their phones to continue to consume a diet of text, emails, games, online shopping . . . (Of course, I might have benefited from looking up tips on how to bowl better.  But, that's another story).

Here's where, if I were an expert, I'd offer some sage advice on how to cure "attention residue".  Unfortunately, I've got a thousand things swirling around in my head as I attempt to finish this article.  Good luck with your projects.

Carpe diem Life,
David Kuhn
Posted by David Kuhn at 7:30 AM No comments:

A Cinquain ("SING-cane") poem (from French meaning "a grouping of five") is a five-line poem with two, four, six, eight, and two syllables, respectfully.   Depending on what source you believe, there are specific rules -- with many variations that don't have to follow any rules (?).  You mean that . . .

There are
Many, many
Did I mention "many"?
Different forms of the Cinquain
Poems


I learned about the form this morning as I was having my morning coffee and surveying our back yard.

So, here goes my attempt:


Carpe diem Life,
David Kuhn
Posted by David Kuhn at 7:20 AM No comments: 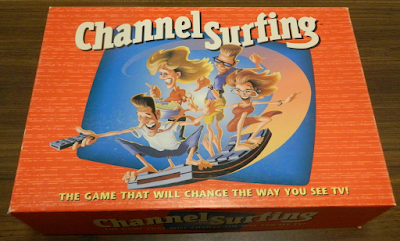 Made the mistake of staying up late last night and "channel surfing."
Unfortunately, cable "news" was included.   I eventually came to my senses and went to dreamland.

This morning, I was perusing a few pages of the notebooks of Robert Frost and I mined this bit of wisdom:

The cure for Intellectual Turbulence -- all this craziness over newly come by ideas is to develop an ambition to get up a few ideas of our own.

I love that:  Intellectual Turbulence -- all this craziness.

It's a shame that I've wasted so much time channel surfing and listening to others' opinions, but it will be unforgivable to waste any more  We have the ability to contribute so much.  Yes, the future is now.

Time to develop an ambition to get up and create my own ideas.  Time to defeat Intellectual Turbulence!

Have a great rest of the week.

Carpe diem Life,
David Kuhn
Posted by David Kuhn at 8:33 AM No comments:

I'll Sell Mine For Half!

A piece of Beatles history is up for grabs, but it's so old -- or vintage -- it goes by a different name.

If ya don't know ... John Lennon's first band wasn't The Beatles, it was The Quarry Men. He formed the group in 1956, later added Paul McCartney and George Harrison ... then made their famous name change in 1960.

Before that, though, the lads from Liverpool printed out business cards for The Quarry Men and an original -- one of just a few known to exist -- is up for sale. That's the good news. The bad news is ... baby, you'll need to be a rich man (or woman) to afford it. 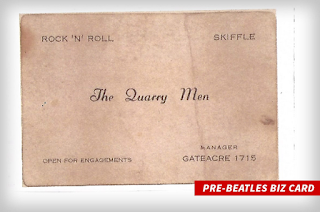 As for the card's origin story ... a collector bought it from a woman living in a Liverpool suburb 30 years ago. She sold off a bunch of membership cards and tickets she'd collected from her days hitting the clubs there in the late '50s and '60s.

The card's been down a long and winding road -- it's a little worn with some creases and stains, but that's part of its charm.

The Quarry Men card is available at Moments In Time ... along with other Beatles items and more.

I'll sell you my first business card (circa 1984) -- one of just a few known to exist -- for half what The Quarry Men card is going for. Carpe diem Life
David Kuhn
Posted by David Kuhn at 10:02 AM No comments: