Think ON the box!

Well, I accidentally saw who was playing in the Super Bowl.  I’ve successfully gone the entire season without watching a minute of the NFL.  Will that change in a couple of Sundays?  We shall see.  Again, not a peaceful protest of professional sports (we know who peaceful protests turn out these days).  More of a "what-can-I-do-instead" protest.
So, I thought I introduce you to yet another Cigar Box Guitar build I’m attempting.  This one is long from finished, but I thought I’d show it off  — for the history of it. 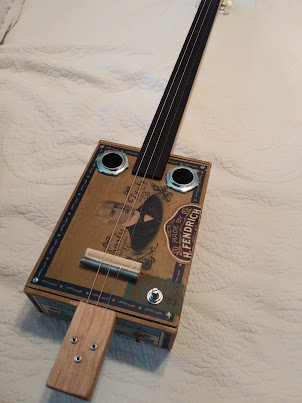 Oh, the guitar itself will never make history, but the box offers a lot of Evansville history. 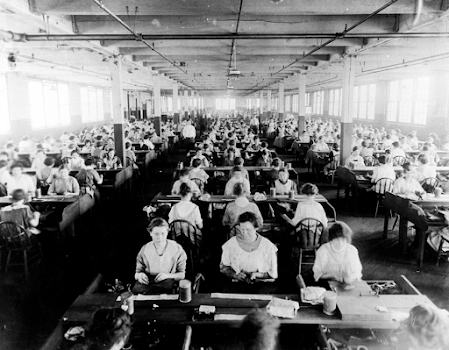 First, it’s a H. Fendrich Cigar Company box.  Est. in 1850, the Fendrich factory once employed 1,500 people.  The factory was shut down in 1969.
One of their most iconic brands was Charles Denby. 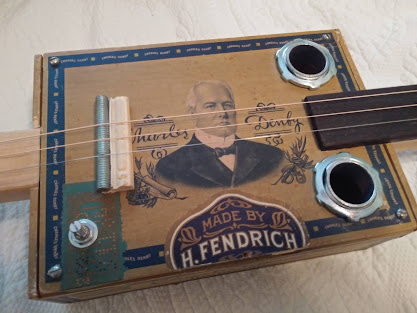 Colonel Charles Denby (June 16, 1830 – January 13, 1904) was a U.S. Union officer in the Civil War and diplomat to China.  Evidently, he was quite an individual.  From the net:  In 1853, he removed to Evansville, Indiana, which remained his home until his death. Evansville was then a town of six thousand inhabitants, which, from its position on the Ohio River, at the terminus of the Wabash and Erie Canal, seemed destined to a great development. At Evansville, Denby devoted himself to the study of law and to newspaper work. He represented his county in the Indiana House of Representatives during the session of 1856-57.

Back to the cigar box guitar  I’m attempting a fretless slide guitar w/ a piezo.  I opted to make my own neck out of maple and walnut fret-less board.  Tuners were extra from a pack of six I bought for the last build. I don’t know what I’m eventually going to do with the nut and bridge.  Like I said, it’s a work in progress.

You all remain well out there.