The Hippocratic Oath is an oath of ethics historically taken by physicians.  It's named after the Greek physician Hippocrates (460–370 BC) to whom the oath is traditionally attributed.

Basically, as I understand it,  the first vow is "First do no harm."

Another equivalent phrase is found in Epidemics, Book I, of the Hippocratic school: "Practice two things in your dealings with disease: either help or do not harm the patient".

Now, my father was no physician, but he did have a similar philosophy -- "Make it better than you found it."

Imagine if everyone in the world took that oath.  Wow! 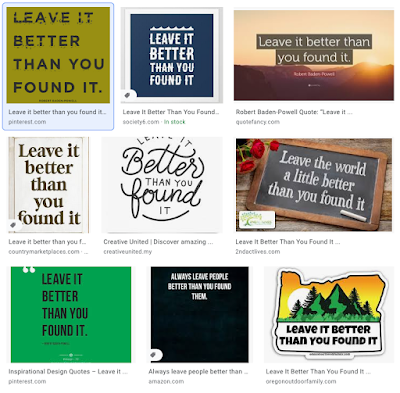 Now, I understand that "it" and "better" are subjective.  And what one person believes is "better" can be completely opposite than what another believes.  But, what if we at least agreed to "First do no harm!"?